How to tell how old a rabbit is? 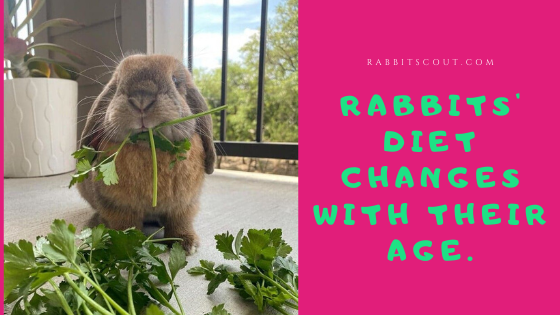 Knowing the age of a house rabbit is not a difficult task for a professional.

Yet, for a house rabbit guardian, the task is generally unexplored.

Did you know a rabbit’s diet changes with its age?

As a rabbit grows up slight adjustment in their menu is required to keep bunnies in good shape.

A younger rabbit needs more protein in their diet, which is the opposite of older rabbits. Too much protein in an adult rabbit’s diet can be fatal.

Hence, knowing the age of a rabbit is often essential to make necessary changes.

You will have to tweak your rabbit’s diet and recognize when to visit the vet for neutering/spaying.

Thus let me explain in this post how to tell how old a rabbit is.

How to tell how old a rabbit is?

Not even a professional or an exotic pet vet can tell the precise age of a rabbit.

To find the precise age of a rabbit is impossible until the guardian can identify the exact date of birth of the rabbits.

Nevertheless, observing a few behavior changes can give you the idea of a rabbit’s estimated age.

In case a rabbit starts to leave its nest and return only to sleep, then you can say that your rabbits are 1-2 months old.

Once you see a rabbit has become very active and chewing on anything it finds, this rabbit has reached three months of age.

Between three months to six months old, your rabbits are crossing the adolescent phase.

I guess you can’t simply figure when your rabbit is between three months to six months old. One point is particularly noticeable at this stage.

During this time, the rabbit begins to become territorial and a guardian will see its rabbit spraying urine in various places.

An adolescent rabbit does this to mark its territory.

When my bunny was between two to three months old, I noticed my rabbit was growing in size.

Similar to the developing size, her tendency to spray urine in several corners of the house was becoming bothersome.

So indeed at that time, my bunny was somewhere between three to six months old.

However, it is difficult to recognize the age of any rabbit after it is six months old.

Assuming you own a pet rabbit and can perceive your rabbit is over six months old by seeing multiple characteristics of rabbits.

From six months of age until three years old these rabbits will be very lively.

Thus most active rabbits are over six months old. At this stage, bunny proofing your house is essential.

Once the rabbits are over three years old these rabbits begin to display less activeness.

If you adopt a rabbit at a very young age, I suppose you can certainly track your rabbit’s age.

Apart from their characteristics, you can check your rabbit’s teeth.

Looking at a rabbit’s claw will give you signs of a rabbit’s age. Older rabbits have thicker, tougher and more flaky claws unlike smooth and fine claws of younger rabbits.

And the most common sign of age in older rabbits is they tend to sleep more than younger rabbits.

A new rabbit guardian doesn’t understand the importance of knowing a pet rabbit’s age. It is crucial to keep track of house rabbits’ age because as rabbits grow older, they begin to suffer from more health issues.

Rabbit guardians’ priority should be keeping their rabbit in good shape and lively forever.

How can you keep your rabbit in good health if you do not comprehend the essential changes in their diet according to the age?

To make the necessary changes in the diet, you have to catch the rabbit age stages first.

If you own a rabbit for some time now, you can compare your rabbit to the stages in its life.

Studying the stages in a rabbit’s life will enable you to use it as a guide in the future.

There is a very nice article in BunnyHugga, where it explains the rabbit age stages.

However, in this section, I have a summary from that article:

What is the maximum age of a rabbit?

The maximum age of a rabbit varies from a wild rabbit and domestic rabbits.

Rabbits in the wild live only for two to three years. They have a pretty short lifespan compared to domestic rabbits. Reasoning rabbits are prey animals; I consider, wild rabbits are more vulnerable to danger from predators.

Similarly, there is no one to take care of wild rabbits. A wild rabbit may die from mere sickness before a vet can treat it.

On the other hand, house rabbits generally live between ten to twelve years.

Utmost time house rabbits are neutered/spayed. Being neutered and spayed prevents rabbits from several diseases. Though neutered/spayed rabbits can be sick, a rabbit guardian can promptly visit a veterinarian for correct treatment before it is too late.

So if you are adopting a rabbit then expect to have this rabbit at least for ten years by your side unless any unfortunate event occurs.

The longest a house rabbit has lived is 18 years.

At what age is a rabbit considered old?

Rabbits in the will die before they pass the old age. By the time rabbits are two to three years, they meet their demise in the wild.

Nevertheless, a rabbit may live up to 12 years old and they become old by the age of 5 years.

Rabbits are considered to be geriatric from 5 years and onwards.

Thus that bunny of yours will not show much activity like before, once it crosses the three years age.

It is not easy to find out the age of a rabbit; the simplest way is by observing the rabbit’s behavior.

If your rabbit is becoming old it will show signs which you can read. An older rabbit is less active and prefers to sleep more often.

A 5 years old rabbit will have more gray hair, and changes in its fur coat.

Similarly, this rabbit will have changes in its nails. This older rabbit’s nails will become harder with age.